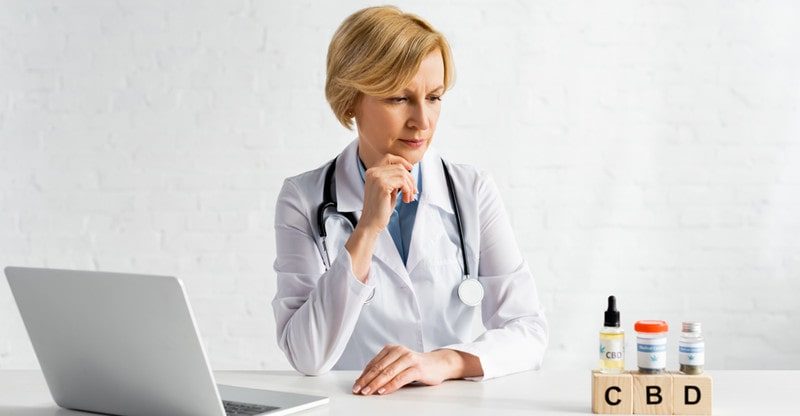 Medical marijuana has been showing up in the news more and more over the last few years. While many believe that it is a gateway to other drugs, others believe that it can hold some true medicinal power to those who struggle with certain health conditions.

Medical marijuana involves using some of the chemicals found within the substance to treat medical conditions and diseases. Depending on the condition, CBD or THC will be the primary cannabinoid that is used. CBD is more widely accepted because it doesn’t create the “high” that THC does.

Some of the conditions that research has shown can be helped by medical marijuana include:

New research is being done every year as to how marijuana can help while also establishing proper dosing. The long-term side effects of how medical marijuana can impact patients are widely unknown in many instances, which is why it’s still not being approved as a legal drug on the federal level.

How Marijuana is Seen as a Gateway to Addiction

The reality is that marijuana is seen as the easiest drug to get. Many who use “hard” drugs will start with marijuana. They enjoy the effects and it leads to a curiosity that can involve trying cocaine, meth, and other drugs that are more likely to result in addiction.

It has been estimated by the National Institute on Drug Abuse that approximately 30 percent of those who use marijuana will experience a marijuana use disorder. Does this mean that you could be at risk of becoming addicted? It depends.

Often, people who don’t have a lot of social interactions with others are likely to find marijuana more attractive. It can mean going from use to abuse. Once many try marijuana, they’ll turn to other drugs as well – and be at a greater risk of addiction.

While not everyone will become addicted, and becoming addicted to medical marijuana is rare, it does happen. Knowing that you can turn to Infinite Recovery can ensure that you get the help you need in dealing with any drug addiction that does form.

What You Need to Know Before Using Medicinal Marijuana

Before you decide to go into your local dispensary or ask your doctor for a medical marijuana card, it’s important to know what you’re getting yourself into.

1. It’s not legal in every state. Be sure you know what is and isn’t legal where you live.

2. The dosing can be difficult to get right, especially when you’re starting out. Talk to your doctor about the recommended dosing and start out with small quantities.

3. Some strains of cannabis can be more potent than you might think. Exercise extreme caution and ask questions from the dispensary you’re buying from.

4. Be sure that you’re the only one that has access to medicinal marijuana. You don’t want anyone under the age of 18 coming into contact with edibles or any second-hand smoke.

5. Not all dispensaries carry the same varieties. Do your research before you buy anything so that you know who has the best reputation.

The reality is that there are a lot of things still unknown about medicinal marijuana. The advice given by the AARP regarding medicinal marijuana is that you’re on your own. This is because you’re given recommendations, not a prescription.

If you decide that you are going to use the drug to improve a medical condition, exercise as much caution as you can. If you find that you’re becoming dependent on it, seek help so that addiction doesn’t get out of control.