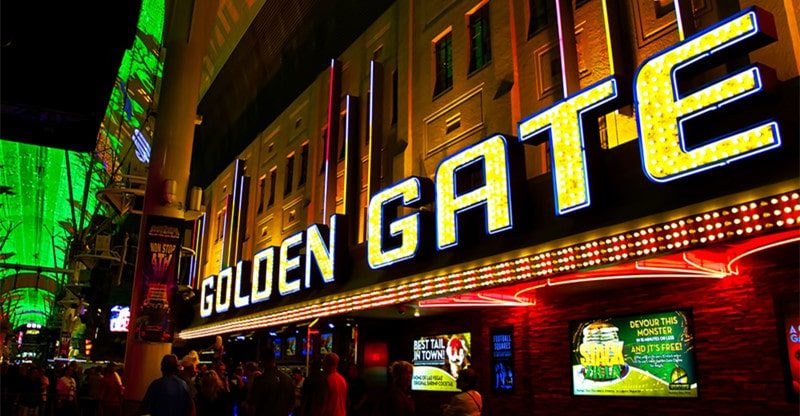 The history of gambling dates back to 383 years ago when the first brick and mortar casino was built. At that time, people used to bet on dice even before the development of the written word. Fast forward to 2021 and gamblers can bet online at casino websites such as Platincassino.

Playing your favourite casino games at online gambling sites is more comfortable today. But have you ever stopped to think how it feels to play at one of the oldest casinos? Well, here is a list of the top oldest physical casinos that are still in operation up to this day.

This is the oldest brick and mortar casino worldwide having been built in 1638. Initially, the casino served as a home and a getaway for many people throughout history. However, it is no longer found in its original building since it relocated in the 1950s to a palace that it now calls home.

The casino’s current location is also where Richard Wagner, the famous German composer was laid to rest. If you are a lover of beautiful things, then you will definitely be awestruck with the present-day premises. Here, historic beauty plus modern decoration has been seamlessly blended.

Although it’s the oldest casino, Casino di Venezia has stayed relevant to the current times. Nowadays, the casino attracts tourists from all over the globe and hosts slot machines and table games like blackjack, roulette, and poker. If you are a classic table game fanatic, then you’d want to check out Casino di Venezia.

This casino is in Belgium. Its name arose from the fact that it is situated in the country’s city of Spa. It is the second oldest casino worldwide having been built in 1763. However, it was destroyed in an inferno during the first World War but was later rebuilt in 1918.

Casino de Spa was initially built and operated by the Belgian Government since it wanted to attract rich visitors to Spa. After its reconstruction, it went through plenty of transformations. In the year 2000, the Circus Casino Group took over its management and has been running it to date.

Casino de Spa remains an exciting place to visit. Here, you will find all the classic and modern favourites of casino games. They include plenty of roulette, blackjack, and poker tables as well as lots of video slots and live games.

Kurhaus of Baden-Baden is a German casino that was established in the year 1834. It became popular at a time when gambling was illegal in France. As a result, many fans of casino games had the habit of crossing over to Germany to try their luck at this casino.

This went on until it gained a huge reputation, which led to it becoming a favourite destination for visitors from all over the world. Some of the famous visitors to the casino include German-American actress, Marlene Dietrich and Russian novelist, Fyodor Dostoyevsky.

The building that houses the casino is a whole complex of casino, conference, and spa resort. It also comes with neoclassical architectural structures including big chandeliers and intricately painted murals on the walls and ceilings. Besides offering casino games, Kurhaus of Baden-Baden also hosts many international events and gatherings.

Located in Monaco, Casino de Monte Carlo is among the most prestigious brick and mortar casinos in the world. It was initially referred to as Grand Casino when it was established in 1856. Today, the casino appears more luxurious than ever before thanks to its beautiful architecture when viewed from outside.

The idea to build Casino de Monte Carlo was conceived by Princess Caroline as a means of saving Monaco from bankruptcy. Some of the famous personalities who invested in the establishment of the casino include Pope Leo XIII and the Bishop of Monaco at that time. The casino offers various kinds of slot machines and table games.

Since it was built, Casino de Monte Carlo has hosted numerous popular figures. You will immediately recognize it as the venue of the poker games played by James Bond, in the film “Casino Royale”. Whenever you’re here, expect to see the famous and the wealthy arriving in their supercars and limousines to play casino games.

Golden Gate is among the oldest brick and mortar casinos in Las Vegas. It was established in 1905 when John F. Miller bought a parcel of land on Freemont Street in downtown Vegas. Miller started by building a temporary tent hotel which he named The Miller Hotel.

However, he saw great potential in the property and decided to convert it into a permanent structure. This led to the birth of Hotel Nevada, the very first hotel in the city of Las Vegas. Meanwhile, a casino started operating within the hotel premises until a ban on gambling was affected in 1909.

In 1931, the property underwent some renovations and was renamed Sal Sagev. In 1955, it was renamed again and got its current name, Golden Gate Casino. The casino got its popularity from its servings of economic shrimp cocktails between 1959 and 2017. If you wish to experience that nostalgia of the golden era, then try visiting Golden Gate Casino.

The aforementioned casinos make up the list of the oldest brick and mortar gambling venues around the world. However, this list is not exhaustive as there are plenty of old casinos that are still offering their services to the public. They include Casino de Wiesbaden in Germany, Crockfords Club in the UK, and Tropicana Casino in the USA.

Online casinos may be the in-thing in today’s world due to the conveniences associated with them. However, many players still enjoy betting and making money in brick-and-mortar venues, because they delight in the social experiences. Therefore, if you’re an enthusiastic gambler, just visit some of these establishments, and you’ll have a great time.