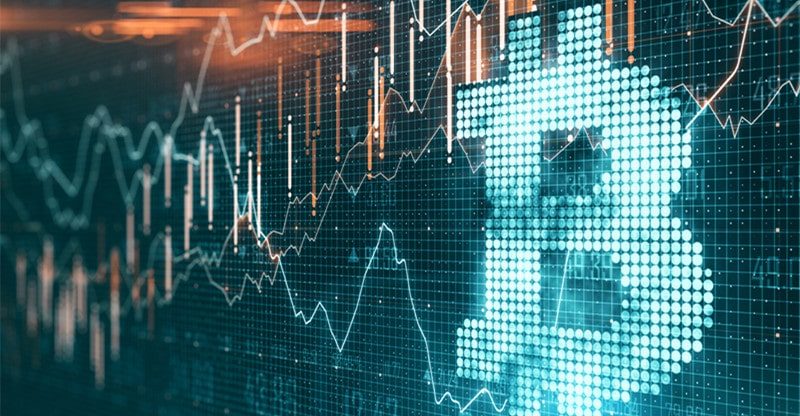 On October 31, the world won’t just be celebrating Halloween, it is also the day the Bitcoin whitepaper was first distributed by Satoshi Nakamoto via “The Cryptography Mailing List” on Metzdowd. History was forever changed after that day, as Satoshi eventually released the code into the wild and the network has been in operation ever since.

The first-ever cryptocurrency just set a new all-time high, and it could be well on its way to $100,000 or more as we head toward the 13th anniversary of the historic whitepaper release. To celebrate, we’ve put together this educational guide focusing on those referenced in the Bitcoin whitepaper, courtesy of the award-winning Bitcoin trading platform PrimeXBT.

The Debut Of The Bitcoin Whitepaper

He, she, or they called the project “Bitcoin: A Peer-to-Peer Electronic Cash System,” and listed the main properties as:

• Double-spending is prevented with a peer-to-peer network.
• No mint or other trusted parties.
• Participants can be anonymous.
• New coins are made from Hashcash style proof-of-work.
• The proof-of-work for new coin generation also powers the network to prevent double-spending.

“A purely peer-to-peer version of electronic cash would allow online payments to be sent directly from one party to another without the burdens of going through a financial institution. Digital signatures provide part of the solution, but the main benefits are lost if a trusted party is still required to prevent double-spending. We propose a solution to the double-spending problem using a peer-to-peer network. The network timestamps transactions by hashing them into an ongoing chain of hash-based proof-of-work, forming a record that cannot be changed without redoing the proof-of-work. The longest chain not only serves as proof of the sequence of events witnessed, but proof that it came from the largest pool of CPU power. As long as honest nodes control the most CPU power on the network, they can generate the longest chain and outpace any attackers. The network itself requires minimal structure. Messages are broadcasted on a best effort basis, and nodes can leave and rejoin the network at will, accepting the longest proof-of-work chain as proof of what happened while they were gone.”

Satoshi took many ideas from a lot of places, and even built Bitcoin to feature many of the key attributes of gold, an asset it today competes heavily with for investor capital. At the time of its release, however, Bitcoin was worthless.

To help prove the value of the project and the strength of the idea that was being pitched in the whitepaper, Satoshi referenced many other projects where inspiration was drawn. Here are those names below:

Cryptocurrencies likely wouldn’t exist if it weren’t for this “intensely private” computer engineer best known for their contributions to the field by creating the Crypto++ cryptographic library.

Not only was Wei Dai honored in the Bitcoin whitepaper as the very first reference, but they are also immortalized as the smallest unit of measurement in Ethereum (wei).

The three names above, Xavier Serret-Avila, Jean-Jacques Quisquater, and Henri Massias, are directly referenced by Satoshi Nakamoto for their paper entitled “Design of a secure timestamping service with minimal trust requirements.”

With trust at the center of any decentralized cryptocurrency, it was these studies would eventually lay the groundwork for the blockchain technology that powers Bitcoin and other cryptocurrencies.

The paper was a report based on the Belgian project TIMESEC, which used digital timestamping to validate documents.

Although Satoshi Nakamoto often is credited with introducing the first widespread blockchain technology to the world with Bitcoin, it was Stuart Haber and W. Scott Stornetta who first spoke of the technology in a 1991 paper. The duo was seeking a practical solution to timestamping digital documents so that they couldn’t be modified.

Stornetta gets the nod for being called The Father of Blockchain. Dave Bayer also contributed to research alongside Stornetta and Haber, and himself is an American mathematician. Bayer also consulted for the Hollywood film A Beautiful Mind, which was a biopic on another famous mathematician, John Forbes Nash.

Adam Back is often accused of actually being Satoshi Nakamoto, yet is just another brilliant cryptographer that Nakamoto took inspiration from. Back is currently the CEO of Blockstream, and is a lead Bitcoin developer.

Back is the inventor of Hashcash, which is a proof-of-work system that Bitcoin’s mining algorithm is based on. Back was also one of the first two people to ever receive an email from Satoshi Nakamoto.

Ralph Merkle is yet another famous cryptographer, that without, cryptocurrencies might not exist today. If you’ve been around crypto at all, you might have come across the term Merkle trees. He is one of the inventors of public-key cryptography and the inventor of cryptographic hashing.

Interestingly, Ralph Merkle also became associated with cryonics, and is on the board of directors at Alcor Life Extension Foundation. This is notable, because this is where Hal Finney is cryogenically frozen, who received the first ever Bitcoin transaction and is presumed to be Satoshi Nakamoto by many speculators much like Adam Back is.

William Feller is another mathematician, but less focused on cryptography and instead of specializing in probability theory.

According to Wikipedia, “the works of Feller are contained in 104 papers and two books on a variety of topics such as mathematical analysis, theory of measurement, functional analysis, geometry, and differential equations in addition to his work in mathematical statistics and probability.”

Although Satoshi Nakamoto is credited with the creation of Bitcoin, it is the contributions of these many men that made the first ever cryptocurrency possible. Special thanks to PrimeXBT for providing the research behind each influential figure.