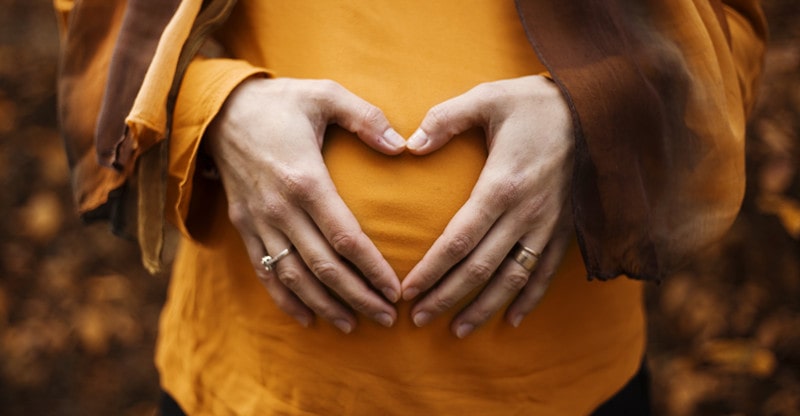 Throughout the ages, pregnancy has brought with a bunch of assumptions and old wives tales. Some have stood the test of time and have been proven to be true, while others are nothing more, but myths and interpretations that turned out to be untrue. This is why we’ve made a list with the most interesting and surprising facts that you need to know about pregnancy.

For many years and for many generations all over the world, it was believed that by having sex during pregnancy, the child could be harmed. The truth is, having a sex life during pregnancy has no effect on the child whatsoever, and it’s even encouraged that pregnant women continue to have sex as normal.

This holds true throughout the pregnancy. The only thing is that the woman might feel uncomfortable in certain positions, but other than that, there’s absolutely nothing wrong with staying sexually active during pregnancy.

An interesting phenomenon that occurs during pregnancy is that the heart actually becomes a bit enlarged. This is because more blood needs to be pumped around the body, and especially in the womb, so that the baby is well taken care of by the body.

The Baby Knows The Mother’s Voice From The Womb

When the baby reaches around 18 weeks in the womb, it can actually recognize its mother’s voice, and even react by kicking when mommy speaks to them.

A Heightened Sense Of Smell

Pregnant women experience a heightened sense of smell. This plays into the fact that food and smells, that they were generally unaware of before they got pregnant, have an effect on them while they’re carrying a baby. This has a lot to do with the cravings as well.

Sometimes Babies Can Taste The Food You Eat

If you’re eating food with really strong flavors such as garlic or chocolate, it’s been proven that the baby can actually taste the food you’re eating because it passes through the amniotic fluid.

Heartburn Could Mean A Baby Being Born With Hair

This might seem like a weird one, but it’s actually true! This is because the very same hormone that causes heartburn is the one that allows hair to grow.

The Dark Line Down Your Belly

The dark line that mysteriously appears down across the belly during pregnancy has been a mystery for ages. But the truth is even more amazing. The fact is that this line is always there, it’s just that during pregnancy, certain hormones change the pigmentation that allows it to appear.

Your Memory Gets Worse

Women have complained for ages about their memory getting worse during pregnancy, and so tests and research have been done, and it seems that this is a common factor amongst pregnant women. They’ve found that the hormones that are released during pregnancy affect the brain, this in turn can affect the way memory works.

Your Feet Can Grow

Many pregnant women find that their feet can go up to a size larger than their normal foot size because of the water retention and weight that they carry. Most women’s feet go back to normal after giving birth, although there have been a few cases where the feet have gotten larger during pregnancy and remained that way long after the birth.

The Baby Is Doing Stuff Inside!

When babies reach a certain age inside the womb, they become very active. They suck their thumbs, have different facial expressions, and even cry while they’re inside the womb! Because they’re swimming in so much fluid, you can’t hear them. It’s also been discovered that they pee while in the womb.

A pregnant woman literally holds a whole world of amazing and interesting facts that are exclusive only to pregnancy, and this is what has made it a point of interest for so many years to scientists all over the world. There are still a couple of things that we don’t understand, such as why some men get sympathy pains and literally feel the same symptoms as their pregnant wives, or why some babies are born with teeth!

Being pregnant and growing a whole life inside of you will never fall short of being anything less than a miracle of life, and the fact that so much changes in your body and the way you behave is always going to be something that surprises us and amazes us for generations to come. And even after discovering the reason why some of these things occur during pregnancy, it’s still quite amazing the way things occur!