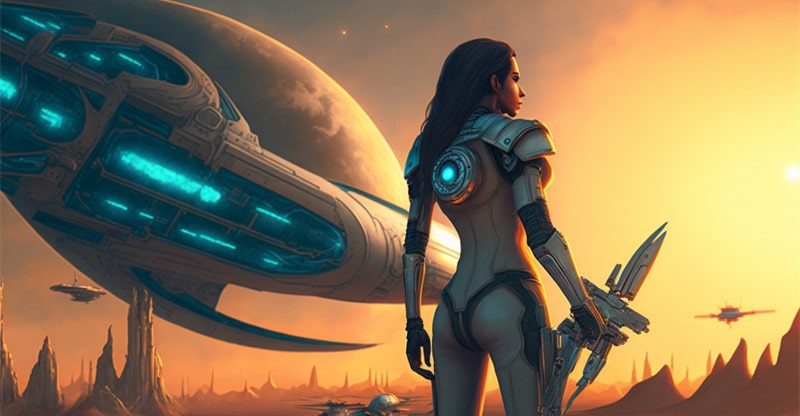 High-quality 3D content is an integral part of modern game development. Content can be characters, items, or the environment of the game world. This text will help novice 3D modelers understand the basic concepts and the sequence of creating game content. But at the moment, 3D development is not limited to games.

Every year, computer technologies are developing faster and faster. New techniques and ways are being created to create something similar to the world around us and not only to ours: computer games, virtual reality, and more. Future 3D development plays a huge role here since it can practically be considered the basis of these game worlds.

What is 3D Model Development?

3D modeling is a combination of mathematics, geometry, and design. 3D model development is performed using many programs, but we can distinguish the most famous and well-functioning ones:

The work of these programs is comparable to what a sculptor, architect, or builder does – they demonstrate how an object will be created. For example, if a drawing is a two-dimensional image of a building, then a model is its three-dimensional layout, which provides a mathematical description of the object’s surfaces. In special programs, 3D designers create files that describe the position of points in space – many geometric shapes are involved in such models. Ultimately, polygons and curves make up a 3D object.

Modern three-dimensional computer graphics allows you to create the most realistic models of an object, which can be difficult to distinguish from an ordinary picture. Also, professional 3D art creation allows you to demonstrate the visual aspect of video games at a high level, which often plays a key role in developing any project. Bring your 3D Modeling for Games to the future because this is the only way to create truly amazing projects at the level of AAA releases.

Is 3D the future of many areas of life? Definitely, 3D technologies are actively used in virtual and augmented reality, interior visualization, the film industry, animation, advertising design, creating masks for social networks, etc. But it is also actively used in medicine for successful surgical operations. So there are 3 industries where 3D models are actively used. These are the spheres of entertainment, medicine, and industry.

• The first is the most developed, including films, computer games, virtual worlds, and animations.

• In the medical field, 3D modeling is common in cosmetology and surgery. It helps visualize changes and allows you to model prostheses and implants, orthopedic things, individual organs, and much more.

• The industry’s efficiency has increased with the advent of 3D modeling because it allows you to automate design work and architectural visualization (transition from paper to digital media), resulting in cost reduction, rapid development, and ease of manufacture.

3D in the future will be able to take a key role in the life of all humanity, but most of the resources are spent on computer games. This area gave a big impetus to technology development and is already necessary for many areas.

Remember the fire of Notre Dame in 2019? At that moment, many feared it would be impossible to reconstruct the cathedral. But Ubisoft artist Caroline Muss came to the rescue and created a faithful 3D replica of the iconic French cathedral with minute details that will help in the future. This is how the model from Assassin’s Creed can be applied in architecture, and the future 3D has already arrived.

Creating 3D games will become easier due to the emergence of more and more new tools. The competition will only grow. The development of such technologies will increasingly reduce the cost of the work of 3D specialists. Whether this is good or bad is a big question. For a wide audience, 3D games will become more and more accessible. On the one hand, some professions in 3D graphics and modeling are already becoming obsolete, and this trend will continue. But on the other hand, it also has a downside – other professions will appear simultaneously with new 3D developments.

3D is the future, and the use of this technology has long gone beyond two or three areas. With the help of three-dimensional graphics, entertainment artists can transfer a person to any virtual universe. Great games are created for mobile devices and are actively used in medicine.

Similar to http://www.retrostylegames.com/, Unreal Engine 5 shows gamers the possibilities of 3D graphics of the future. 2023 is expected to be full of releases and the development of technological features. The prospects for this area are enormous, and much of what we have now is just the beginning.