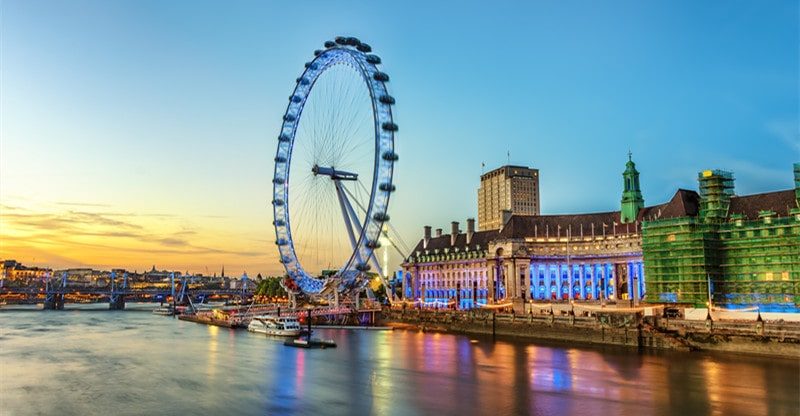 Historically, private jet travel was reserved for millionaires and a select few of the wealthy and famous. It is still costly now but more accessible than ever before. If you book a private jet company, you may enjoy the luxury of a private jet charter at a mere fraction of the cost of owning one. Time is a privilege! This sentence is entirely accurate for many of us.

On a daily basis, we must juggle a variety of tasks and duties, and every minute matters. Private activities might help make your vacation great! The UK is inundated with visitors throughout the year, which may be inconvenient. The country is commonly known for its Scottish scenery, the British royal family, the Beatles, and many castles and forts.

You may either attend a performance on the streets of London or take the train to one of the university cities, such as Oxford, to learn about its history and heritage. While there are literally hundreds of destinations to visit in the United Kingdom, just a handful stand out while traveling privately.

Get The Public Stuff Out First!

Big Ben is one of the most significant places to visit in the United Kingdom during the summer. It is, in reality, the name of the clock tower situated in central London near Westminster Abbey. Augustus Pugin created the structure, which is around a hundred meters tall.

When people think of London, the first thing that comes to mind is the massive Ferris wheel. This iconic wheel, located on the River Thames, provides a panoramic view of London and its horizons, making it a great favorite among locations to visit in the UK for young couples.

The wheel is about 140 meters tall, with 32 capsules around its circle, which take passengers to the highest point for a fantastic view. The location serves as an observation deck, and the journey is also considered highly romantic, making it one of the special spots to visit in the United Kingdom for couples.

Hyde Park is one of the top five locations to visit in the United Kingdom. It is one of London’s four royal parks. The area, which is close to Kensington Palace, was utilized as a hunting park in the late 1600s.

Today, it is one of the country’s largest parks and plays a vital part in the city’s cultural scene. It has become a focal point for reclaiming free expression and is also notable for hosting concerts with a diverse range of performers, including Queen and Pink Floyd. The park is conveniently linked to the famed London subway and major highways, making accessing it a breeze. Autumn picnics make this one of the best spots to visit in the UK in October.

This freshwater lake (loch in Gaelic) is famous for being home to a creature known as Nessie. The lake, which covers an area of 30 kilometers, is relatively deep and has a significant water volume.

The Scottish Highlands is also notable due to its historical significance, and the area is densely forested and little inhabited. The region’s tallest peak, Ben Nevis, is often visited for hiking, trekking, bicycling, and other similar sports. It is one of the greatest spots to visit in December in the United Kingdom.

Dunluce, a medieval castle in Northern Ireland, has an old-fashioned, rustic vibe compared to similar forts and palaces in cities such as London. The castle’s location is on a cliff, and the topography around it, with severe drops on both sides, may have been one of the reasons its initial occupants selected this position to construct a castle.

The site dates all the way back to Medieval times, with the current ruins believed to have been erected in the late 1600s. It is the ideal town for a winter weekend, making it one of the best locations to visit in the United Kingdom in November.

This natural phenomenon, composed entirely of basalt columns, is one of the most unusual sites to see in the United Kingdom. The site, which is located on the coast of Northern Ireland, has been designated a UNESCO World Heritage Site. It’s fascinating that the majority of these columns are hexagonal in shape, but some also have five, eight, seven, or four sides. It is one of the cheapest sites to visit in the UK since there is no admission price.

One More For The Road – Windsor Castle

This is the home of the British royal family, notably Queen Elizabeth and her late husband, Prince Phillip, making it one of the more important sites to visit in the United Kingdom for families.

The castle in Berkshire is a work of art that reflects a long tradition of British monarchs. Built in the late 11th century, the structure has been modified several times since then. The castle is Gothic in architecture and has hosted several prominent political personalities of the twenty-first century, including President Obama.