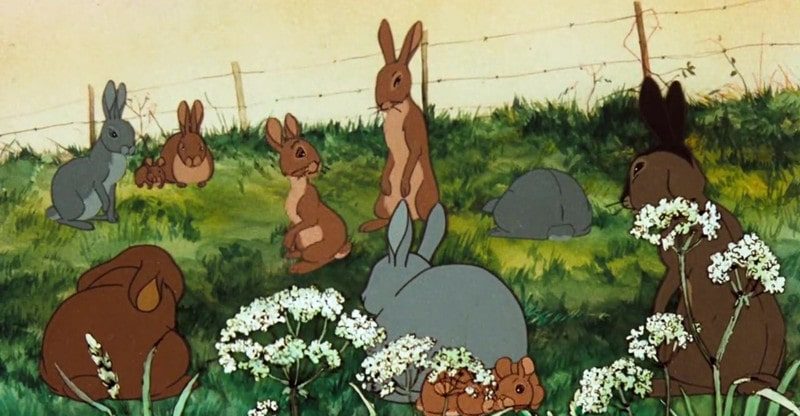 Authored by the renowned English writer Richard Adams, Watership Down is an adventurous book that features a small group of rabbits that escape the destruction of their habitat and find a new home (the hill of Watership Down), where they encounter many dangers and temptations.

After its publication in 1972, this book went on to win several awards including the Carnegie Medal, Guardian Prize among others. It has also been adapted into a feature film and a kid’s TV series. There are many powerful quotes that have been excerpted from this book. In this article, I have listed 23 intelligent Watership Down quotes that will inspire you to be smart.

23 Watership Down Quotes That Will Inspire You to Be Smart

Watership Down Quotes to Motivate You to Be Shrewd and Decisive

#1. “All the world will be your enemy, Prince with a Thousand Enemies, and whenever they catch you, they will kill you. But first they must catch you, digger, listener, runner, prince with the swift warning. Be cunning and full of tricks and your people shall never be destroyed.”

#2. “He fought because he actually felt safer fighting than running.”

#3. “My Chief Rabbit has told me to stay and defend this run, and until he says otherwise, I shall stay here.”

#5. “Rabbits live close to death and when death comes closer than usual, thinking about survival leaves little room for anything else.”

#7. “A foraging wild creature, intent above all upon survival, is as strong as the grass.”

#8. “Wisdom is found on the desolate hillside… where none comes to feed, and the stony bank where the rabbit scratches a hole in vain.”

#9. “[One] who does not know when a gift has made him safe is poorer than a slug, even though he may think otherwise himself.”

#10. “They have a certain quality which it would not be accurate to describe as callousness or indifference. It is, rather, a blessedly circumscribed imagination and an intuitive feeling that Life is Now.”

​Watership Down Quotes That Will Encourage You to Be Patient

#12. “It was not long before Fiver found what they were looking for.”

#13. “I don’t know what I’d been expecting. You know how you let yourself think that everything will be all right if you can only get to a certain place or do a certain thing. But when you get there you find it’s not that simple.”

#14. “Here is a boy who was waiting to be punished. But then, unexpectedly, he finds that his fault has been overlooked or forgiven and at once the world reappears in brilliant colors, full of delightful prospects. Here is a soldier who was waiting, with a heavy heart, to suffer and die in battle. But suddenly the luck has changed. There is news! The war is over and everyone bursts out singing! He will go home after all!”

#15. “The holes and tunnels of an old warren become smooth, reassuring and comfortable with use. There are no snags or rough corners. Every length smells of rabbit—of that great, indestructible flood of Rabbitry in which each one is carried along, sure-footed and safe. The heavy work has all been done by countless great-grandmothers and their mates.”

​Watership Down Quotes to Motivate You to Seize Opportunities

#16. “Stubbs may have envisaged the skeleton inside the horse, but most of us do not.”

#17. “Confer stillness upon it. We do not take moonlight for granted. It is like snow, or like the dew on a July morning. It does not reveal but changes what it covers. And its low intensity—so much lower than that of daylight—makes us conscious that it is something added to the down, to give it, for only a little time, a singular and marvelous quality that we should admire while we can, for soon it will be gone again.”

#18. “We do not take moonlight for granted. It is like snow, or like dew on a July morning. It does not reveal but changes what it covers.”

#19. “People who record birdsong generally do it very early—before six o’clock—if they can. Soon after that, the invasion of distant noise in most woodland becomes too constant and too loud.”

​Watership Down Quotes to Inspire You to Have Decency

#21. “‘Animals don’t behave like men,’ he said. ‘If they have to fight, they fight; and if they have to kill they kill. But they don’t sit down and set their wits to work to devise ways of spoiling other creatures’ lives and hurting them. They have dignity and animality.’”

#23. “They want to be natural, the anti-social little beasts. They just don’t realize that everyone’s good depends on everyone’s cooperation.”

In life, you have to be able to perceive and understand different situations, and quickly figure out the best way to use that information for personal benefit. In other words, you have to be shrewd. That way, you will be able to manage situations and people in your life to your advantage.

For you to be shrewd, you have to smart, decisive, patient, and courteous. With these Watership Down quotes, you will get the motivation you need to be cunning without being unscrupulous. These words from Richard Adams will teach you how to identify and seize opportunities ahead of everybody else.