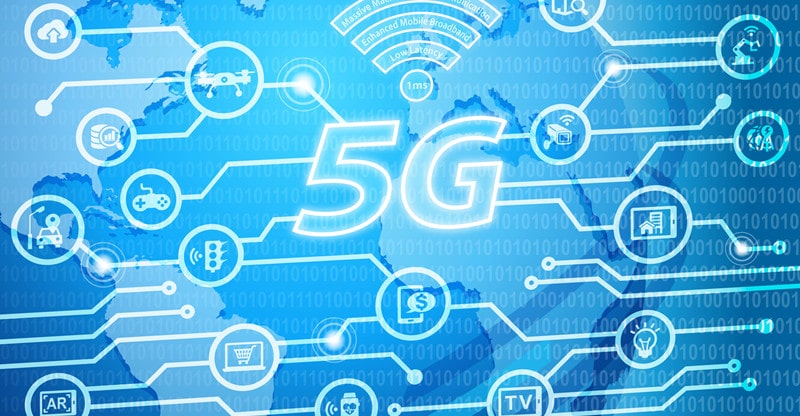 Of all the technologies that affect the gaming industry, the fifth-generation mobile wireless technology (5G) is the one that is expected to create the most impact. Gaming and 5G need each other.

Experts believe that this technology could create opportunities for more cloud-based services. It could also bring more subscription titles and multi-player games, among other things. Soon, we might be able to stream world-class gaming using any device, anywhere.

Actually, quality streaming has been one of the critical frontiers for digital services. Gaming console developers, such as Sony, have already announced that it will soon release a new PlayStation 5 that will allow for faster downloads. There is no doubt that 5G has the potential to revolutionize how we interact with gaming and virtual worlds.

Now, let us look at five reasons why 5G will change the gaming industry significantly:

1. Cloud Gaming Is Expected to Rise to New Heights

The Cyberpunk 2077 video games set, which will launch this year, has confirmed that it will come to Google Stadia. While services, such as PlayStation Now, have inspired many to switch to cloud gaming, it has provided a solid start for enlightening the masses about the cloud gaming concept.

What 5G will facilitate is enable cloud gaming to work on any device without latency issues. It means that players will be able to stream top-end games on their mobile devices. Currently, it is only possible to do that if you are playing on a PC or console.

Nowadays, people are always on the move, but it does not mean that they will stop playing their favorite games. So, there is a need for a better mobile gaming experience. Since 5G allows for more stable connections, it means that more people will play online games on their mobile internet without worrying about dropping out of a game.

As the adoption of 5G grows, we are likely to see more multi-player games entering the scene because developers will realize that many people prefer playing their games while on the move.

Multiplayer is one of the areas where mobile gaming has struggled in the past. While Wi-Fi and 4G connections may support multiplayer games, they do not provide the best interactive experience for commuting mobile gamers.

With 5G, there will be no need to download a game and install it on your mobile console. All you need to play is to connect to the game and play as you normally would.

With the release of new sets of gaming consoles, such as PlayStation 5, mobile games will be more entertaining compared with the current consoles. The next-gen console games will introduce advanced options, meaning that mobile developers need to step up their game.

The introduction of advanced mobile consoles is also expected to make current portable games, such as Nintendo 2DS, look like an Altari.

Any serious gamer will agree that there are a few things that are more frustrating than having to deal with lag during gameplay. First, you are in a disadvantaged position, especially if you are playing with players with stable connections.

Thankfully, 5G will most likely level the playing field, thus ensuring that the outcome of individual matches or games would be an indication of players’ skill level rather than other factors. Moreover, using a 5G connection means that there would be no more data caps. With your current 3G or 4G plan, a single minute of play could exhaust your data cap. 5G is so equipped and widespread, meaning that data caps could be a thing of the past.

Speaking of improving gaming experiences, you have the best experience if you are using a clean device. While 5G addresses connection issues, other factors can interfere with your computer speed – for instance, junk files and outdated software. For this reason, you should delete junk files and other space hogs. The good thing is that you don’t have to do it manually. With a suitable PC cleaning software, you can accomplish this task with a few clicks.

5. It Will Improve Virtual Reality

Finally, 5G will improve virtual reality. Lag has been one of the main reasons that have suppressed early ventures into virtual reality. With lower latency over 5G, gamers will most likely enjoy a better VR experience.

The impact will mostly be felt within mobile virtual reality platforms. But that doesn’t mean that the new technology will not bring benefits to future versions of HTC’s VIVE or PlayStation.

If more players will access 5G, developers of virtual reality platforms will likely improve their offers. It will be a big relief to the developers who have not been able to implement some things with the current technologies, thanks to guaranteed lower latency.

5G has come as great news for mobile gamers. It will be an immediate game-changer. The technology will enable them to stream their favorite games without having to worry about latency and data caps. These players can only access massive games if they are gaming on a PC or a console. Apart from this, the gaming industry is also offering 5G operators a lot of opportunities to profit from the ecosystem.

About Author: Daniel Mutai is a versatile researcher and content strategist with a passion for content marketing, digital media, Cybersecurity, Artificial Intelligence, and technology in general. He currently works at Softwaretested.com, where he writes on a wide range of tech subtopics, including VPN technology and troubleshooting guides for Mac, Windows, and Android platforms.