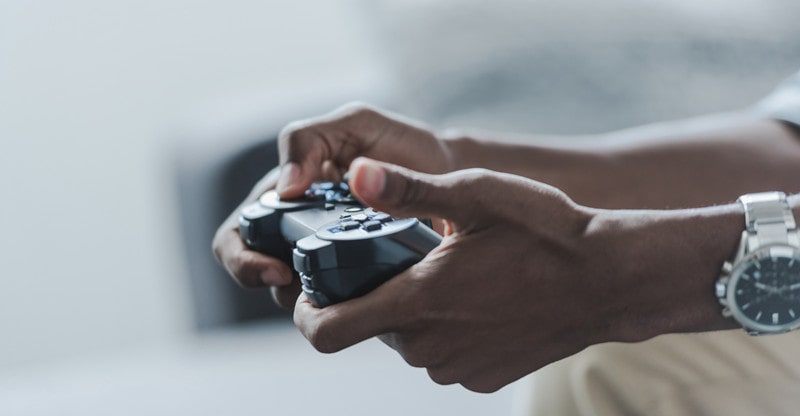 The latest raid in Destiny 2’s Beyond Light expansion, Deep Stone Crypt Raid takes you down the path of a Guardian needing to capture the Deep Stone Crypt on Europa. With this raid, you’ll find only a few encounters, but it makes up for it in the level of difficulty. Here, we’ll have a broad look at the Raid and get you familiarised with its workings.

Getting through the Deep Stone Crypt Raid can be an arduous experience. You should, at minimum, be at 1230 power to get through the raid and there is a bevy of weapons that can be a great help. The Lament, Xenophage, Falling Guillotine, Cloudstrike and Divinity are a few that are must-haves in handling the raid.

The Deep Stone Crypt Raid starts with a Pike Section, where Sparrows comes in handy. Travelling from one safe bubble to another, the key is to avoid the storm and its frostbite debuff as much as possible. Careful though, as these bubbles of refuge are defended by Fallen with a final bubble being home to a pair of Fallen Brigs.

Crypt Security acts as the first big challenge of the Deep Crypt. Your arena is poetically split between light and dark areas. Here, you have access to the Operator and Scanner buffs, which play a vital part in the enemy encounter. Once the encounter starts, the light and dark sections are closed off from each other. The fighting commences when a player goes to a terminal offering the Operator buff.

For the Scanner buff, a Vandal must be killed for a player to get their hands on it. Both Operator and Scanner must then work together in finding and shooting the right data panels. Once that’s done, six fuses must be destroyed, again through the correct use of the Operator and Scanner buffs. Beware of Overlord Captains that spawn in during the firefight.

With security out of the way, the Deep Stone Crypt Raid serves up what’s arguably its toughest encounter. Atraks-1, Fallen Exo serves a brutal offense through the use of clones (Atraks-1 Replicants) in an arena that’s also separated into two areas like the last encounter. Fighting takes place in either the Deep Stone Cryptor in space as the team of players must split up.

For a second time, Operator and Scanner buffs play a vital role. The operator is obtained through defeating a vandal in the Deep Crypt, while in space, a Vandal can be taken down for the Scanner buff. Sentinel Servitors must be taken down to access terminals that allow the Crypt team to send the Operator buff to the space team.

After the Servitors are finished, the Scanner can discover which of the Atraks-1 Replicants must be attacked to chip off the boss’ health. The scanner must be used in both parts of the map to find the right Replicants.

When a Replicant is killed, it drops the Atraks-1 Replication debuff and this is where Operator comes into play. The player holding the debuff needs to get to one of the airlocks on the map’s space side and have the operator use it to expel the debuff. This pattern continues until the boss’ health is extinguished.

A jumping puzzle for the Deep Stone Crypt Raid is found after the complex Atraks-1 fight. You’ll need to move along the exterior of the station to then return indoors. On a platform to the left, you’ll find the chest.

A far less taxing encounter to the previous one, Taniks, Reborn is something of a taste tester for the Deep Stone Crypt Raid’s final boss. This time the Operator and Scanner buffs are joined by the Suppressor buff (all can be collected from beating Vandals) as you try to prevent Europa from certain doom.

Rather than damaging Taniks, Reborn, the test is getting rid of nuclear cores. To do this, the player holding Suppressor must stand under security drones and fire at Taniks to stun him. This causes bins to unlock and from here the Scanner finds which bin a nuclear core goes down, while the Operator helps gain access to the nuclear cores.

When a core gets binned, a random player may lose their buff, necessitating a visit to an Augment machine and have someone else take on the buff. Anyone holding cores gets a dose of the Radiation debuff that can prove fatal, so passing the core to another player can prove vital. When the job is done, a hatch opens for you to go down, run through a hallway and escape a chasing Taniks.

Destiny 2 Deep Stone Crypt Raid’s final test is more or less a similar experience to the previous one. Operator, Scanner and Suppressor have their roles cut out for them one last time. There are more nuclear cores to throw in the bins with Scanner having the job of figuring which bins are glowing yellow and are active for core depositing.

All the while, Taniks makes life that bit harder on his hover-sled as he launches a barrage of aerial strike attacks. On his hover-sled, there are thrusters that must be shot for nuclear cores to drop off. The Operator’s job is to help free any core carriers caught by holding sphere forcefields. For Suppressor holding players they must go under three security drones to stun Taniks, thus unlocking the bins.

After all four cores are binned, Taniks enters a damage phase. An electrical field will surround the boss with flying debris that can instantly kill. The key is to get within one of the electrical circles and unload on Taniks.

At half health, players will be flung out the ring before needing to jump back in again to pour in the damage. After this phase, the nuclear core objective resets before reaching the final bit of Taniks’ health. He’ll teleport all over the map, so it’s essentially a search-and-destroy mission at this point.

Getting through Destiny 2’s Deep Stone Crypt Raid is no easy feat, but with the right weaponry and experienced enough team, it can be a demanding, but rewarding challenge. Good communication and fast work are vital in conquering the Deep Stone Cryptas well as getting through it step by step.

1. Get through the blizzard using bubbles of safety.

2. Disable security in the split-in-two arena using the Operator and Scanner buffs.

3. Again utilise the Operator and Scanner buffs for defeating Atraks-1 and its many clones.

4. Get through the jumping puzzle and reach a secret chest.

5. Stun Taniks, Reborn as you make use of Operator, Scanner and Suppressor Augments to dispose of his nuclear cores.

6. Defeat Taniks, the Abomination by shooting nuclear cores off his hover-sled, binning them and getting to his damage phase. Repeat until reaching his final notch of health. Once dead, the Deep Stone Crypt Raid is complete and your rewards can be found in the chests on the map.

Having a hard time climbing the Destiny 2 ladder? It can certainly be difficult at times (the Deep Stone Crypt Raid is proof of that), but luckily there are ways that can lend you a hand. Boosting Ground’s Destiny 2 carry is a service where dedicated boosters can help you reach your goals at competitive prices with reliable service. It’s a great way to get where you want to be in terms of rank, experience and getting what you want out of the game.