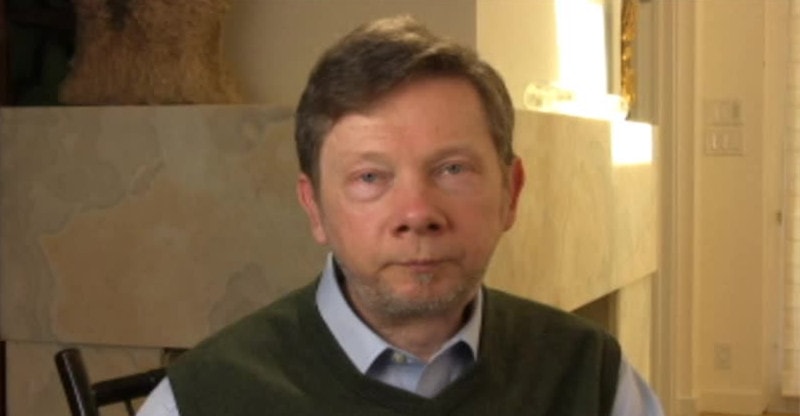 At some point in your life, have you ever stopped and asked, “Am I lost?” Do you ask yourself, “Where am I going with my life?” There are many people around the world who found themselves trapped and lost somewhere along their journey in life and are looking for a spiritual path to take them on a journey of self-awakening.

Eckhart Tolle, a German-born spiritual teacher best known for his book “The Power of Now” also said that he experienced this in life. He found “inner transformation” at 29 and is now helping and inspiring others who are lost and looking for spiritual growth through his powerful teachings.

2. “For many people, illness – loss of health – represents the crisis situation that triggers an awakening. With serious illness comes awareness of your own mortality, the greatest loss of all.”

3. “Since ancient times the term awakening has been used as a kind of metaphor that points to the transformation of human consciousness. There are parables in the New Testament that speak of the importance of being awake, of not falling back to sleep.”

5. “A huge number of people are going through the process of awakening, some in the early stages, some in the later stages, and it’s wonderful to see.”

6. “To offer no resistance to life is to be in a state of grace, ease, and lightness.”

7. “So the single most vital step on your journey toward enlightenment is this: learn to disidentify from your mind. Every time you create a gap in the stream of mind the light of your consciousness grows stronger. One day, you may catch yourself smiling at the voice in your head, as you would smile at the antics of a child. This means that you no longer take the content of your mind all that seriously, as your sense-of-self does not depend on it.”

8. “When you recognize that there is a voice in your head that pretends to be you and never stops speaking, you are awakening out of your unconscious identification with the stream of thinking. When you notice that voice, you realize that who you are is not the voice – the thinker – but the one who is aware of it.”

9. “Many people who are going through the early stages of the awakening process are no longer certain what their outer purpose is. What drives the world no longer drives them. Seeing the madness of our civilization so clearly, they feel somewhat alienated from the culture around them. Some feel that they inhabit a no-man’s-land between two worlds. They are no longer run by the ego, yet the arising awareness has not yet become fully integrated into their lives. Inner and outer purpose have not merged.”

10. “The awakening of consciousness is the next evolutionary step for mankind.”

11. “You find God the moment you realize that you don’t need to seek God.”

12. “Enlightenment means rising above thought, not falling back to a level of an animal or a plant. In the enlightened state, you will use your thinking mind when needed, but in a much more focused and effective way than before.”

13. “That is the real spiritual awakening when something emerges from within you that is deeper than who you thought you were. So, the person is still there, but one could almost say that something more powerful shines through the person.”

14. “Spiritual Awakening is awakening from the dream of thought.”

15. “To the ego, the present moment hardly exists. Only past and future are considered important. This total reversal of the truth accounts for the fact that in the ego mode the mind is so dysfunctional. It is always concerned with keeping the past alive, because without it – who are you?”

16. “For many people, the first indication of a spiritual awakening is that they suddenly become aware of their thoughts. They become a witness to their thoughts, so to speak. They are not completely identified with their mind anymore and so they begin to sense that there is a depth to them that they had never known before.”

17. “Even if you achieve your outer purpose, it will never satisfy you if you haven’t found your inner purpose, which is awakening, being present, being in alignment with life. True power comes out of the presence; it is the presence.”

18. “Only by awakening can you know the true meaning of that word.”

19. “There’s something in everybody that longs for that awakening to be more true to yourself.”

20. “For most people, spiritual awakening is a gradual process. Rarely does it happen all at once. When it does, though, it is usually brought about by intense suffering.”

21. “Often suffering is the trigger, or a spiritual teaching or both. Call it readiness or grace. This is the beginning of the awakening process.”

22. “Neither God nor Being nor any other word can define or explain the ineffable reality behind the word, so the only important question is whether the word is a help or a hindrance in enabling you to experience that toward which it points.”

23. “Although an increasing number of humans are undergoing a process of awakening, identification with thinking is still the prevalent state of unconsciousness. Thinking is potentially a powerful tool, but it has taken us over, and a lot of it is dysfunctional and negative.”

24. “Humanity as a whole has already gone through unimaginable suffering mostly self-inflicted, the culmination of which was the 20th century with its unspeakable horrors. This collective suffering has brought upon a readiness in many human beings for the evolutionary leap that is a spiritual awakening.”

25. “This new large-scale spiritual awakening is occurring primarily not within the confines of the established religions, but outside of those structures. Some of it, however, is also happening within the existing churches and religious institutions wherever the members of those congregations do not identify with rigid and exclusive belief systems whose unconscious purpose is to foster a sense of separation on which the egoic mind structures depend for their survival.”

26. “Spiritual awakening – is becoming awake to the aliveness of this moment.”

27. “For a relationship to deepen, at some point the spiritual dimension needs to come in. You don’t even need to be fully awakened for this to happen, but if it does happen it certainly means you are awakening.”

28. “Some people are called upon to do great things externally in this world by creating some new structure that reflects their awakening consciousness. Other people are not called to go out into the world and create great big things externally. Their purpose is to let consciousness flow into whatever they do – to do everything in a sacred manner.”

29. “When there is spiritual awakening, you awaken into the fullness, the aliveness, and also the sacredness of now. You were absent, asleep, and now you are present, awake.”

30. “Once the awakening happens, with it comes the realization that suffering is unnecessary now. You have reached the end of suffering because you have transcended the world. It is the place that is free of suffering. This seems to be everybody’s path in this lifetime, but it seems to be a universal path. Even without a spiritual teaching or a spiritual teacher, I believe that everybody could get there eventually. But that could take time.”

31. “The actual experience of awakening can only be in the present moment.”

33. “The secret of awakening is to unconditionally accept the moment as it is.”

34. “For some people, it’s the beginning of an awakening when they hear or read, “You have a voice in your head that never stops talking, have you noticed that?” And suddenly they become aware that the thoughts go through their heads, whereas before they were so identified with them that they were those thoughts.”

36. “You are the light of the world. You are the consciousness that illuminates the world. Know yourself as that, and that’s freedom, liberation, awakening, the end of suffering and madness. And it’s happening right here.”

37. “There is only one absolute truth, and all other truths emanate from it. When you find that Truth, your actions will be in alignment with it. Human action can reflect truth, or it can reflect illusion. Can the Truth be put into words? Yes, but the words are, of course, not it. They only point to it.”

38. “Complaining and reactivity are favorite mind patterns through which the ego strengthens itself. For many people, a large part of their mental-emotional activity consists of complaining and reacting against this or that. By doing this, you make others or a situation “wrong” and yourself “right”. Through being “right,” you feel superior, and though feeling superior, you strengthen the illusion of ego. Can you observe those patterns within yourself and recognize the complaining voice in your head for what it is?”

39. “The quicker you are in attaching verbal or mental labels to things, people, or situations, the more shallow and lifeless your reality becomes, and the more deadened you become to reality, the miracle of life that continuously unfolds within and around you. In this way, cleverness may be gained, but wisdom is lost, and so are joy, love, creativity, and aliveness.”

41. “All the misery on the planet arises due to a personalized sense of “me” or “us.” That covers up the essence of who you are. When you are unaware of that inner essence, in the end, you always create misery. It’s as simple as that. When you don’t know who you are, you create a mind-made self (the ego) as a substitute for your beautiful divine being and cling to that fearful and needy self. Protecting and enhancing that false self (the ego) then becomes your primary motivating force.”

Learn from these quotes, as they are truly time-tested words that we can use for our self-betterment. Self-Awakening simply leads to spiritual growth. It is time for people around the world to end their sufferings, open their hearts, and allow themselves to grow.

One will not excel and survive this world without going through life’s pains and hurdles; a necessary process for someone’s development into a better version of him. Only when we open our hearts can we become steadfast and strong in this life.