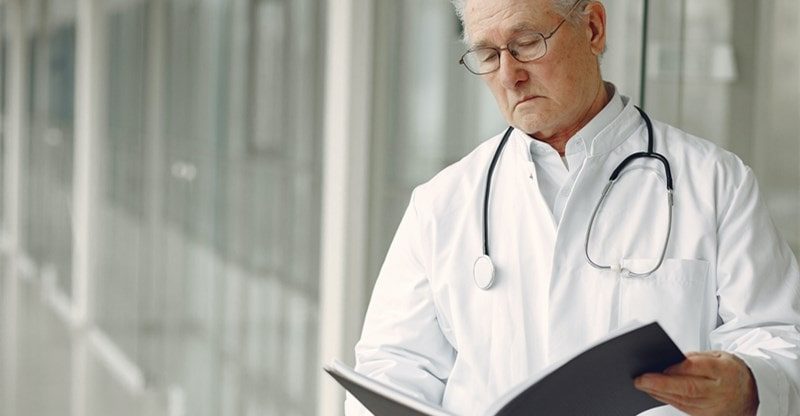 The thyroid absorbs iodine and is the only organ in the body to do so. Iodine is vital, especially during pregnancy, and while a child is a toddler, as it aids in brain formation. Iodine deficiency can result in severe developmental and learning issues if it occurs at a formative time.

Faced with a deficiency of iodine, the thyroid will attempt to compensate for the lack by enlarging itself. This enlargement of tissue is called hyperplasia, but in the thyroid, the swelling – which is readily visible given the prominent placing of the thyroid in the front of the neck – is called a goiter.

If the goiter is picked up quickly, and the cause is iodine deficiency, simply increasing the intake of iodine can be enough to sort out the problem, with the thyroid shrinking back down to its usual proportions. Iodine deficiency is responsible for as many as 90% of enlarged thyroids and can be found in any country in the world where dietary iodine is low.

However, both hypo- and hyperthyroidism (underactive and overactive, respectively) can cause the thyroid to enlarge, as can some cancers, radiotherapy for cancers elsewhere in the body, some medications, hormonal fluctuations (for example, during puberty, pregnancy, or menopause), pituitary disease, and various other medical conditions.

In some cases, the problem will resolve on its own, but in all cases, a doctor should be consulted in case treatment needs to be put in place: the sooner this happens, the lower the likelihood of long-term or serious repercussions.

Very often, if treatment is required, doctors will prescribe Cytomel, which is a replacement for one of the two hormones produced by the thyroid gland. The two hormones are thyroxine and triiodothyronine: Cytomel is a synthetic version of the latter, and it is much more potent than the synthetic replacements for thyroxine, which can sometimes mean that balancing the dose perfectly takes a little time of trial and error for the doctor and patient to work through.

Once the dose is balanced, however, the patient will enjoy many health benefits: improved concentration and clarity of thought, improved energy levels, better body temperature control (often, sufferers feel cold all the time), improved mood and motivation, and many more!

Occasionally, patients will have to take other medications alongside their thyroid treatment. Some of these medications can interfere with the efficacy of the Cytomel, or the two (or more) can work together to the patient’s detriment!

Always consult a doctor before taking a new medication – even some vitamin and mineral supplements can impact on the way medicines work – to check for contraindications before you begin.