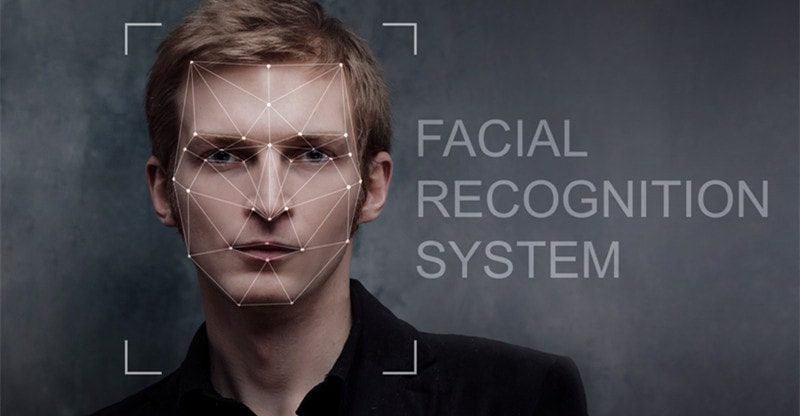 Ready or not—facial recognition is becoming a necessity, not a luxury when it comes to security. Systems equipped with this type of biometric authentication technology allow border authorities to check travelers’ identities, police services to detect wanted criminals in CCTV recordings, and regular people to securely unlock their smartphones.

Facial recognition has evolved using 3D images and Artificial Intelligence techniques. Simultaneously, an increasing rate of crime and terrorism worldwide at the beginning of the 2010s drove this market, and the advent of coronavirus added both value and challenges to facial recognition systems.

Although the positive impact of biometric authentication technology on security is no longer questioned, the ethical use of facial recognition systems, their accuracy, and actual necessity are still topics of debate.

The Look from the Inside: How Facial Recognition Works

This process usually involves three stages—face detection, face classification, and face recognition. For example, a face identification app from Omron Corporation recognizes multiple faces in a target image, calculates the exact position of a given face in the picture, compares the face with images from the database, analyzes the gender, age, and ethnicity of a person, and automatically enhances their complexion.

Images and their parameters, such as ethnicity or gender, lie at the heart of facial recognition systems. Databases usually contain 2D or 3D images. The use of 2D models has its limitations: to produce accurate results, it requires a user to look directly at the camera and avoid movement.

3D models, which are more common now, allow systems to recognize objects from various angles and in different environmental circumstances. Moreover, 3D can identify unique facial traits that are unchangeable over time.

The software can perform one-to-one and one-to-many matchings. In the first step, the application searches and verifies the target person against the database (it works, for example, for unlocking a smartphone). The one-to-many matching technique identifies whether the person’s facial traits match any content in the database. This method is suitable when searching for criminals in videos captured by surveillance cameras.

More and more smartphones now include facial recognition features. The biometric technology can incorporate multiple applications in the field of computer vision such as access control systems, traffic monitors, and video surveillance networks. Security systems can come in tandem with mobile apps that, for instance, alert owners about emergencies at their homes.

Leading tech companies like Google, Microsoft, and IBM sell software that performs facial analysis, thus driving the global facial recognition market, which is expected to hit $12.92 billion by 2027 at a CAGR of 14.8% between 2020 and 2027.

Facial recognition powers solutions across multiple industries such as retail, e-commerce, media and entertainment, transportation, telecommunication, healthcare, and the government. The technology is used in complex IT systems for access control, attendance tracking, and video surveillance, which secure homes, offices, and cities. In 2019, facial recognition in access control systems showed the most significant segment share in this market.

Security systems with face identification capabilities can be used in residential buildings as an alternative to traditional keys. They also help protect homes from burglars when owners are absent and alerts tenants in emergencies.

For example, New York landlords use facial recognition technology as locks and security systems. The Knickerbocker Village, a 1,600-unit affordable housing complex, has been using a facial recognition system in its 12 building lobbies and outdoor courtyard entrances since 2013.

In 2019, the landlords of Atlantic Plaza Towers, a rent-stabilized complex in Brooklyn, decided to install a similar system. But over 100 tenants filed a legal objection, thus prompting lawmakers to regulate facial recognition tools.

Facial recognition solves access control problems at large enterprises when a stream of people want to enter a building or restricted area. An access control system with facial biometrics is also a smart alternative to security badges that can be lost or stolen. Moreover, since the COVID-19 outbreak, several companies have shifted to facial recognition tools instead of traditional fingerprint scanners.

Intel deployed facial recognition technology to improve the security of offices and help identify “high-risk individuals” who may pose a threat to workers. It’s one of the massive implementations of the biometric identification of workers and visitors in the workplace: the company has 20,000 employees in Oregon and 50,000 across the U.S.

However, facial recognition not only allows employees to access the building but also controls their work. To this end, the global accounting firm PwC launched a facial recognition tool for financial institutions to monitor employees working from home. The solution recognizes faces via webcams and requires workers to explain any absence in front of their screens.

More and more cities install biometric systems on their streets to keep citizens safe. It’s no surprise, therefore, that the law enforcement sector is driving the facial recognition market. Integrating this technology into a video surveillance network can greatly help police fight crime.

The Metropolitan Police in London uses Live Facial Recognition technology to look for wanted criminals—the solution takes images of people and compares their facial features with those on the watchlist. In January 2020, Moscow announced the use of live facial recognition cameras “on a mass scale.”

In the meantime, the use of face recognition can be a controversial issue. In Hong Kong, authorities used facial recognition to identify protesters, while police representatives hid their identities behind masks.

Although facial recognition is a great tool for law enforcement, several cities assert that using live facial recognition footage goes against citizens’ privacy. Cities like San Francisco and Oakland in California, and Somerville and Cambridge in Massachusetts have refused to implement facial recognition at a local level on the grounds that it’s a violation of privacy rights.

However, face recognition solutions do not only identify and track criminals, they also find missing children and adults as well as support and accelerate investigations.

COVID-19 has brought both value and trouble to facial recognition systems. On the one hand, the crisis over the coronavirus outbreak cut the demand for security solutions based on facial recognition across government and law enforcement sectors. On the other hand, the virus presented new business opportunities to biometric technology companies.

Several companies shifted to facial recognition as the default form of identification, as fingerprint scanners required many people to touch the same surface and thus spread the virus.

Some businesses went further and coupled facial recognition solutions with heat sensors to identify people and measure their body temperature. One of the examples is a contactless AI-powered facial recognition thermometer from Telpo. The solution identifies individuals even if they are wearing masks. Meridian launched a biometric temperature screening kiosk, which prevents anyone with a fever from entering a facility.

Challenges and Limitations: The Top 3 Things to Consider

Today, along with the optimistic guarantees to keep people safe, facial recognition is criticized for a lack of accuracy, violation of privacy, racial bias, and discrimination.

The increasing use of face biometrics for personal identification has brought with it a necessity to protect personal data collected by CCTV cameras or visitor access kiosks.

Government authorities should now follow the conventions they signed and motivate individual cities to regulate personal data processing at a local level. When you decide to launch solutions that feature facial recognition, be prepared to comply with required standards, and face some challenges.

No federal laws regulate the use of facial recognition technology in the United States—leaving it to cities and states to establish a legal framework governing the collection of this personal data. In 2008, Illinois became the first U.S. state to regulate the collection of biometric information. The Biometric Information Privacy Act, in particular, requires companies to obtain consent to collect personal biometric data, exclude biometric identifiers if necessary, and store information in a secure way.

Since 2008, similar laws have been passed in Washington and Texas, while several cities have banned facial recognition altogether.

Additionally, the use of facial recognition can be regulated by industry-specific standards, such as the Health Insurance Portability and Accountability Act. HIPAA addresses the use and disclosure of individual health information and protects personal data, such as the patient’s name, address, and past medical history.

In Europe, in the meantime, the implementation of facial recognition technology is tightly regulated. Companies must ensure facial recognition systems are compatible with the General Data Protection Regulation (GDPR), a sweeping law that seeks to protect the privacy of individuals in the EU.

The EU data protection rules generally forbid the processing of biometric data for identification, excluding situations when the person gives consent to process their personal data or for legal investigations. Implementing these rules is already a controversial issue as consent for collecting data must be explicitly given before any data is collected. In light of this, facial recognition systems on the whole may be in violation of the GDPR, a fact that has already been highlighted by the European Commission.

This can result in consequences for individuals falsely identified as criminals as demonstrated during a 2018 test in which Amazon’s facial recognition tool erroneously matched 28 Congress members with a mugshot database.

The Algorithmic Justice League research uncovered a vast disparity in the accuracy of facial recognition software when it evaluates different races and genders. Classifiers have an error rate of less than 1% when evaluating lighter-skinned men’s faces, while this rate for darker-skinned women reaches up to 35%. The founder of the Algorithmic Justice League claims AI algorithms from leading tech companies misinterpreted the faces of Oprah Winfrey, Michelle Obama, and Serena Williams.

The National Institute of Standards and Technology evaluated 189 software algorithms from 99 developers. It revealed that algorithms are less accurate at identifying African-American and Asian faces compared to images of Caucasians. A study from the Massachusetts Institute of Technology also demonstrated the high error rate of recognizing dark-skinned women.

The lack of accuracy in AI algorithms has triggered concerns about the ethical use of facial recognition technology.

In response to the killing of George Floyd, a black man, and the following nationwide protests over racism in the US, technology giants have stopped selling facial recognition software to law enforcement for mass surveillance.

As a result, in the summer of 2020, Amazon, whose Rekognition tool is used by police departments in the US, banned the police from using the application in the following year. IBM stopped offering its facial recognition software for “mass surveillance or racial profiling.” Microsoft warned that it wouldn’t sell its software to the police until a national law is in place, that is “grounded in human rights.”

Tatsiana Tsiukhai is a Copywriter at Softeq – a full-stack development company and an Inc. 5000 honoree.