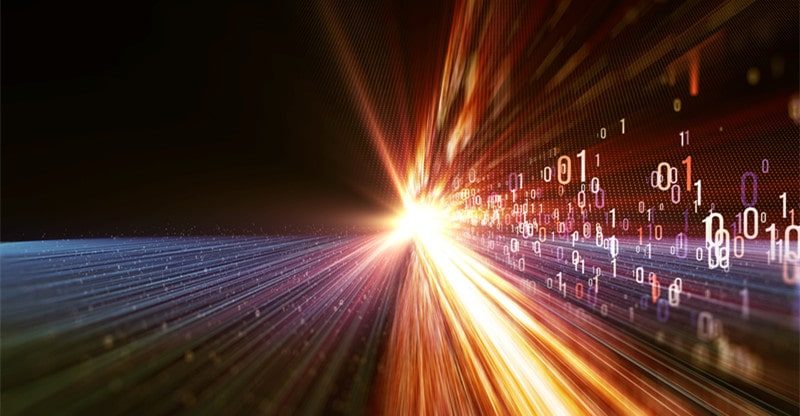 In the last century, human beings have accomplished incredible feats thanks to technological advancements. Technology has provided us with incredible tools and resources to make our lives easier, more entertaining, and even help us to win money with a Jackpot Casino login. New discoveries in the technical sphere occur so often that it is difficult for many people to keep up with the rate of inventions.

The tales behind these technological marvels are arguably more fascinating than the miracles themselves. Here are 15 fascinating facts about technology that we all utilize on a daily basis.

1. The QWERTY keyboard was created to reduce typing speed

On a typewriter or keyboard, people brag about their typing speed. For certain occupations, having faster and more precise typing abilities is even a competitive advantage. But did you know that the present QWERTY keyboard layout is the result of a solution aimed to slow down typing speed?

The first typewriters, which were manufactured in the 1870s, had few technological concerns. If the keys were pressed in quick succession or if a typist pressed neighboring keys at the same time, the metal arms that hold the characters used to collide and jam.

Christopher Latham Sholes made many design changes to the keyboard layout in order to prevent the problem and provide a better typing experience. E. Remington and Sons ultimately devised the modern QWERTY keyboard layout, which solved the problem of jammed type bars.

2. The computer that ran on water

In 1936, Vladimir Sergeevich Lukyanov created the world’s first computer, which solved partial differential equations. The contraption was propelled by water, which is an incredible feat.

Lukyanov’s building business was unable to discover a remedy to the fractures that occurred in concrete during the sub-zero temperatures of winter. Lukyanov studied the temperature conditions in concrete masonry to better understand the thermal process. Finally, he created the water integrator machine, which was capable of plotting graphs and aiding in the visualization of the thermal process.

Water computers were employed in manufacturing companies, research groups, and educational institutions far into the 1970s. As digital computers grew more powerful and easier to operate, the usage of hydraulic integrators declined.

3. ‘X-Y Position Indicator for Display Systems’ was the name of the first computer mouse

The mouse is said to have been invented by Douglas Engelbart and Bill English. It is a misconception that Xerox APAC invented the mouse. In 1968, Engelbart demonstrated the mouse for the first time on the Xerox Alto computer. The demo was dubbed the “Mother of All Demos” by him.

The instrument was given the moniker ‘Mouse’ because the cable protruding from it reminded Engelbart like a rodent’s tail.

The majority of today’s internet users are familiar with Wikipedia. It’s a huge database of crowd-sourced knowledge that’s available on the internet. The fact that the online encyclopedia is developed and maintained by volunteers is well known.

But did you realize that the Wikipedia articles are now maintained by hundreds of bots (automated programs)? Today, 2468 bot tasks have been authorized to do maintenance work on over 52 million English Wikipedia articles.

Wikipedia bots do tasks such as creating new pages, correcting spelling and style, and so on. When modifications are made due to vandalism, bots can also revert the pages to their previous state.

Bots for Wikipedia may be readily created by anybody with a basic understanding of programming. However, before these programs may maintain Wikipedia articles, they must first be approved by the Bot Approval Group.

5. Even today, you can visit the world’s first web page

The World Wide Web was created in 1989 by Tim Berners-Lee, a British physicist working at CERN. After that, it took another two years for the world’s first website to exist. The first webpage, hosted on a NeXT machine at CERN, went online in 1991.

The great thing is that the initial website is still up and running. It acts as a historical archive for everything related to the World Wide Web that is available online.

6. Apple once forayed into the apparel business

Apple has earned a reputation for excellence in everything they do today. Take, for example, the Mac OS, the Macbook, the iPod, or the iPhone. The company has always aspired to create an isolated ecosystem, and it has proven successful.

Did you realize, though, that Apple had a clothing line in 1986? The collection’s name was ‘The Apple Collection.’ It’s hard to think Apple formerly worked in the apparel sector. The company launched its catalog a year after Steve Jobs’ departure.

According to George Bell, then-CEO of Excite, he turned down the acquisition because Larry Page asked that Excite replace all of its search technology with Google’s.

However, according to facts provided by Steven Levy in his book ‘In The Plex,’ George Bell was dissatisfied with Google’s good performance. Bell was concerned that Google’s relevant search results might lead users to other websites, making it more difficult to keep them on Excite’s pages.

He added that if Excite had a search engine that instantaneously provided visitors with the information they requested, the users would abandon the site immediately. Using BackRub’s technology would be detrimental because his ad revenue derived from users sticking on the site — “stickiness” was the most sought measure in websites at the time.

8. The website’s initial name was not Amazon.com

Before settling on Amazon, Jeff Bezos tested a few potential names for his company. Cadabra Inc. was the first business name he registered. After receiving criticism that the name was too esoteric, the entrepreneur decided to modify it to something more memorable.

Before settling on the present form — amazon.com — Bezos registered his website under a variety of other names. Aard.com, awake.com, browse.com, bookmall.com, and relentless.com were some of the earliest domain names. He still holds the domain name relentless.com among all of these. Today, however, relentless.com redirects to amazon.com.

9. Apple device warranties might be invalidated if you smoke

Do you realize that smoking near an Apple product might void the warranty? Apple has a policy that protects its employees from hazardous working conditions. Tobacco tars that have collected on the systems are thought to be hazardous. As a result, even if your product is still under warranty, Apple might refuse to service it if they suspect it has come into contact with cigarette smoke.

In the product documentation, there is no warranty void clause. However, the corporation has declined to fulfill the guarantee on a device that has been exposed to smoke on a number of occasions. People have described their frustrations with not being able to have their Apple equipment repaired under warranty owing to the discovery of cigarette tars on the parts.

If you want to keep your Apple gadgets secure and maintain their warranties, don’t allow anyone to smoke near them.

10. Changing fonts can save printer ink

Yes, not all typefaces are made equal. Fonts are used for a wide range of purposes, including communicating messages, adorning, decoration, and iconography.

Using a ‘lighter’ font (one with a lighter stroke) will use less ink each page, according to the theory. If you’re just printing with inkjet printers that utilize the old type cartridges, switching to one of the lighter fonts will likely save you about 10% ink (not ink tanks or toner-based laser printers).

Of course, the counter-argument is that as a home user, you’ll never print enough volumes to perceive a profit.

Before sending a one-line email message, you probably don’t think twice about it. However, things were not always that straightforward. A video titled “How to Send an Email – Database – 1984” may be seen on YouTube. This was from an old technology TV show called Database, in which the hosts demonstrated how to send an email.

A computer and a rotary phone were required to connect to the Micronet service. Because this was before the World Wide Web, there were no URLs and just numbered webpages. The email site number was 7776.

This implies that the majority of the money you earn, interact with, and utilize to purchase goods/services is stored on computers and hard drives. Physical money accounts for just about 8% of global cash.

This 8% is where all the black money heaps are found. This is a reasonable approximation that economists appear to agree on, not a precise one. This tiny proportion seemed crazy at first, but when you realize that most significant transactions are done online anyhow, it makes sense.

Banks also keep electronic records, and the 92 percent figure covers all credit/debit card and wire transfer transactions. It would be a good idea to go back and watch all those hacker movies where a geeky computer hacker manages to steal billions in a matter of minutes.

13. Domain name registrations were free till 1995

Nobody understood what the internet could accomplish back then, therefore this was a big chance for individuals to get their hands on a variety of domain names. The ability to charge customers for domain names was awarded to a business called Network Solutions in 1995. It was also pricey, with rates starting at $100 for two years of registration.

A charge of up to 30% of this went to the National Science Foundation in order to establish a ‘Internet Intellectual Infrastructure Fund.’ This tax was eventually repealed in 1997, lowering the amount to $70 for a period of two years.

IBM introduced RAMAC in 1956, the first computer with a hard disk similar to the ones we use today.

A hard drive is a storage device that uses magnetic disks and a moving head to retrieve and write data. It was seen as a significant advancement in mass storage technology at the time because it signaled a change from sequentially stored punch cards and magnetic tape to randomly accessible hard drives.

Random Access Method of Accounting and Control was the acronym for RAMAC. The 5MP data was scattered across 50 massive metal disks coated with magnetic iron oxide, and the entire cabinet weighed over 1000kg. Back in the day, the machines were rented for $3,200 a month and the disks revolved at a speed of 1200rpm.