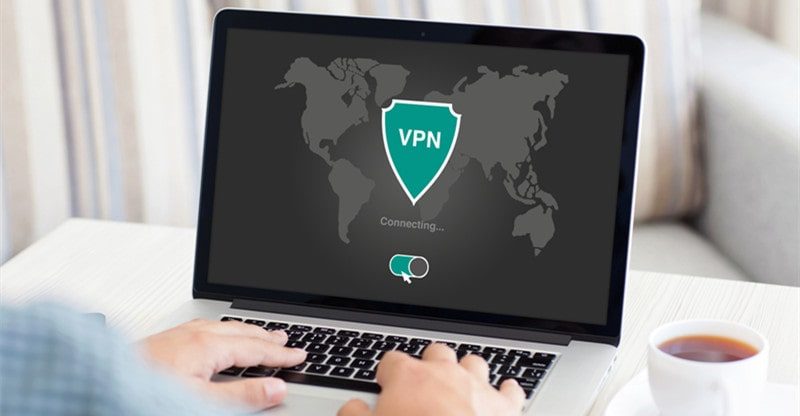 Interested in learning more about VPNs? Are you thinking of using one? Maybe you already do, but you’re still not sure what VPNs are and how they work.

Originally, VPNs were used by companies to secure their communications and enable employees to access the corporate network from different locations. Nowadays, VPNs are mostly used by regular internet users to access geo-restricted content and keep their real IP address away from any prying eyes interested in selling their browsing data.

But what is a VPN, and what does it do? VPN stands for Virtual Private Network, and it’s a service that allows you to send and receive data on the internet through an encrypted tunnel in order to mask your IP address and protect your online privacy. This may sound simple enough, but when you go into the details of how this encryption works, it gets pretty complicated.

VPNs are undeniably a very powerful and useful technology, but they have their limitations. Moreover, there are a lot of misconceptions about VPNs, some of which we will try to explain in this article.

1. Using a VPN Is Illegal

Because VPNs are used to hide your identity online, people often associate them with hackers and the dark web. While it’s true that questionable people sometimes use VPNs, that’s because lots of people use VPNs.

As we mentioned in the introduction, VPN technology was first developed more than twenty years ago to allow businesses to transfer data securely. Companies still use it for this purpose. Many products and technologies can be used both for legal and illegal purposes. But that doesn’t mean that using VPNs is illegal. It depends entirely on what you use them for.

Some countries do restrict the use of VPNs. This includes China, the UAE, Russia, Belarus, Iran, Iraq, Oman, Turkey, Turkmenistan, and North Korea. The penalties for using unsanctioned VPNs depend on the country and the purpose of using them. Before using a VPN, it’s safer to check the regulations of the country where you wish to use it. Also, keep in mind that even if using a VPN is legal, cybercrime still isn’t.

2. Your VPN Keeps You Safe from Cyberattacks

This is one of the more dangerous misconceptions that we need to clarify. A VPN is not an antivirus.

Although VPN protocols like NordLynx keep your online activity private and gives you some protection, you might still click on dubious links and get a virus or fall victim to phishing. Relying on your VPN as the only security you need is a bit like installing an alarm system and then leaving the door open.

VPNs have their limitations, so they should be only one piece of the puzzle when you’re putting together your computer’s security suite.

You’ll notice that some VPN providers sell their services in the form of a package with additional malware protection like IPv6 leak protection that keeps your internet traffic from routing outside the VPN or a DNS firewall that blocks websites with suspected malware.

3. Using a VPN Slows Down Your Connection

This misconception stems from the way VPNs work. They encrypt your data and pass it through a VPN tunnel. This means that each packet of data you send or receive is enclosed in another encrypted packet that passes through several servers. This can slow down your internet performance a little bit but not by much.

It all depends on the distance between you and the server you’re using. For example, if you’re located in the United States and want to use the server and IP address of a server from Europe, this can lead to a slightly slower connection.

If you use a server that’s located nearby only to mask your real IP address and not access geo-restricted content, you’ll get excellent speed. It also depends on the VPN provider. Paid VPNs usually deliver better performance.

In some cases, you might even get higher speeds when using a VPN. For example, your ISP may slow down some types of traffic, but since your VPN encrypts it, your ISP won’t recognize the type of traffic in order to slow it down.

4. All VPNs Are the Same

When you search the internet for VPNs, you’ll find a lot of free ones. This can be very tempting. Why pay for something when you can get it for free, right? But keep in mind that if the service is free, more often than not, it means that you are the product.

It costs money to deliver this service, so the people providing it need to make up for it somehow. A very common and convenient way is through advertisement. They may show you their own ads or sell your data to advertisers. There’s always a catch.

Plus, free VPNs have other significant disadvantages like slower speeds and bandwidth caps.

When it comes to paid VPNs, some will be cheaper than others, but you need to do a bit of research and find out if the VPN service provider offers what you need. What do you want to use a VPN for? Protect your online privacy? Access geo-restricted content? Torrenting?

Some service providers will let you unblock Netflix content while others won’t. With some, you can torrent, and with others not. They also differ in the encryption protocols they use and in speed performance.

5. Using Tor Is the Same as Using a VPN

Maybe you’ve heard of TOR before. It’s a browser that encrypts your data and masks your real IP address. This sounds very similar to what a VPN does. It hides your IP address, protecting your privacy and anonymity online. The difference is which data.

Tor only encrypts the data you send or receive on the Tor browser. A VPN, on the other hand, encrypts all the data that travels from your computer to its servers regardless of the browsers and extends to any apps you might be using.

This means that TOR can be useful when all you want is to use it for some quick browsing, but you’ll need a VPN for streaming, torrenting, and file sharing.