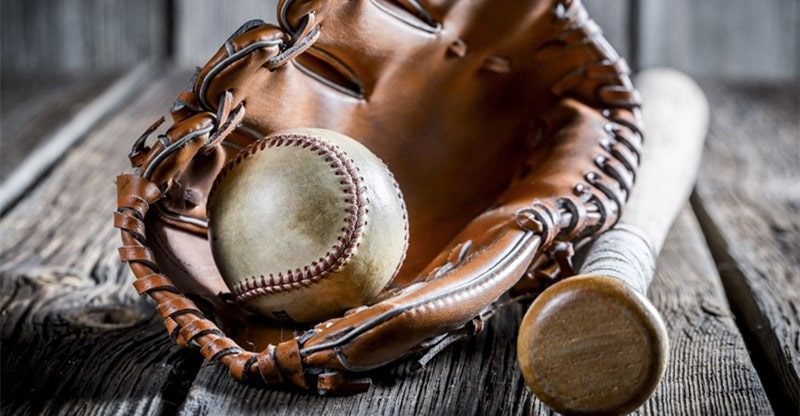 There was a time, a very long time ago when baseball was referred to as America’s Pastime. The game was initially derived from rounders, a sport played in Britain which more resembles softball, and adapted here in the states.

The Golden Age of Baseball was unofficially the years between 1920-1960 with larger than life personalities like Babe Ruth, Lou Gehrig, Joe DiMaggio, Ted Williams, and Mickey Mantle electrifying crowds and becoming part of the American zeitgeist.

These were the salad days of Major League Baseball with their most popular players as familiar to the American public as the movie stars of the day. A hot summer’s day during the ’50s included a glass of lemonade, a cloud of smoke on the porch, and a transistor radio tuned into the ballgame.

This was a Rockwellian slice of Americana and Major League Baseball relied heavily on it for decades, paying little attention to a growing threat lurking in the shadows consisting of massive men with a penchant for violence and mayhem.

Approximately 68.5 million fans attended MLB games during the 2019 regular season, down from a high of almost 80 million in 2007. A recent Gallup survey found that 37 percent of Americans noted football as their favorite sport, while basketball trailed far behind at 11 percent with baseball even further back at 9 percent.

There are plenty of reasons why baseball is declining in popularity but chief among them is the slow pace of the game, lack of excitement, popularity of other sports, and simply more things to do in the age of interactive gaming, technology, and associated diversions. The demographics point to a much older audience and if you’re not appealing to the younger generation, eventually your clientele will die off…literally.

Interestingly, the fact that sports betting has gone mainstream could help viewership in all professional sports as it allows fans to have a financially vested interest in every game they watch, rather than just an emotional attachment to only the games involving their hometown teams. Yet, according to reports, 40 percent of sportsbooks’ total handle is generated off of football-related wagers while baseball accounts for only 15 percent.

Regardless of which sport you watch; you can make a profit betting at sportsbooks if you do your homework and employ money management. That goes for baseball just as much as any sport…including the NFL.

Make Room for the King

Baseball apologists will point to total tickets sold and local television ratings as a reason for hope but declining TV ratings, smaller live gates, and a dearth of nationally recognized MLB stars tell the tale.

As far as recognizability, which is a key factor not only in generating interest for the sport but in selling merchandise which is an enormous revenue generator, the following poll is revealing:

And as popular as the NFL has become, clearly tearing the mantle away from Major League Baseball as America’s sport, it should be noted that the increased popularity of sports betting could help baseball maintain relevance on the American sports landscape.

“When we talk about the perfect sport for in-play and micro-betting, there isn’t a better sport than baseball,” said Sara Slane, a gaming consultant who advises sports and media properties. “You have a high volume of games and opportunities to bet within those games, but it’s still slow-paced enough to give operators the time to get the data feed to ‘set odds’ and get it out to sports bettors. Baseball will be the true test to see the direct tie between in-play betting and eyeballs watching baseball. It will be a sort of litmus test for the success of true fan engagement through sports betting.”

It is highly unlikely baseball will ever be as popular as it once was, but perhaps online wagering could at least keep it afloat so that future generations can witness its charm and appreciate it for what it is – pure Americana.