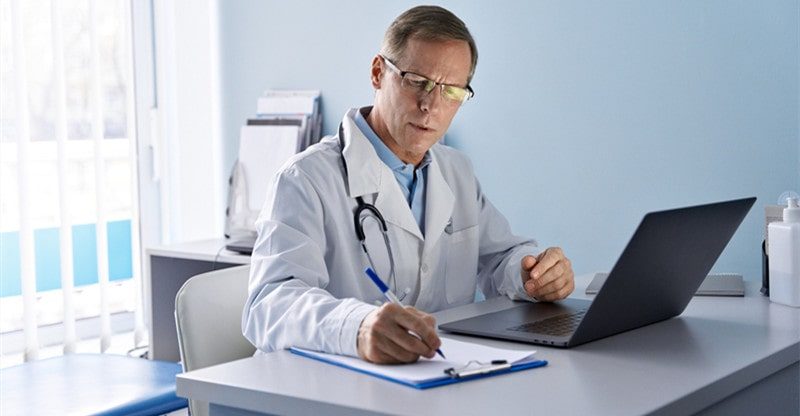 It’s no secret that the United States of America has a problem with its healthcare system. From overwhelming prices to understaffed hospitals, you’d think we would have solved this issue by now given the fact that we live in a free and civilized society, right?

Far from it. And one of the most shameful displays of this health-related problem is the shortage of doctors to treat our ever-growing number of patients. However, as you might have guessed, not all states are equal. This problem persists more in some states than others. Let’s take a look at which ones are the most affected.

But first, let’s clear up what certain terms mean when it comes to medical shortages:

Here is how the HRSA categorizes shortages:

These areas, institutions, facilities, or population groups are experiencing a shortage of health care professionals.

States With a High Doctor Demand

Well, the numbers speak for themselves:

You’d think that they would get their stuff together with all those high taxes and ridiculous cost of living, right? Well, not exactly. California needs doctors more than ever, which is why we urge you to share this list of physician jobs in California.

They say that everything is bigger in Texas – many times literally. Sadly, that’s also the case for their lack of a smooth healthcare system. As you can see from the numbers, Texas is just slightly behind California when it comes to needing doctors and medical assistance in general.

OK, so the numbers for Illinois aren’t as high as California or Texas, but they’re still quite big for one of the richest states in the nation. Things get even more problematic when you consider the fact that the iconic city of Chicago is incredibly crime-ridden. So, yes, they need doctors more than ever.

The Florida Man meme is legendary. And it didn’t come out of the blue. Oh no. There are many medical accidents that take place in Florida, especially due to the rising use of methamphetamine and other hard drugs. The fact of the matter remains – they need more healthcare workers and facilities.

Cities With a High Doctor Demand

Alright, we’ve gotten the states out of the way, so now let’s look at a list of the top cities requiring more doctors and medical care in general.

As you can see from the list, the top city with the most medical job postings growth is Tucson, Arizona. It makes sense in a way since it’s the second most populated city in the state and is on an alluvial plain in the Sonoran Desert.

Next up we have Los Angeles and Chicago, each one coming from states where medical care specialists and services are in high demand. All in all, the list makes sense because of several reasons – including location, population density, crime rate, poverty, and so forth.

There you have it. These are the states and cities within the United States of America that require the most healthcare workers out there. So if you’re looking for a job in anything medicine-related, then you’ll have a high chance of getting a huge salary over there.

However, we want to hear your opinion on this matter as well. So leave us a comment down below and feel free to contradict us if the information seems off, especially if you live in one of these states or cities that we’ve mentioned above.