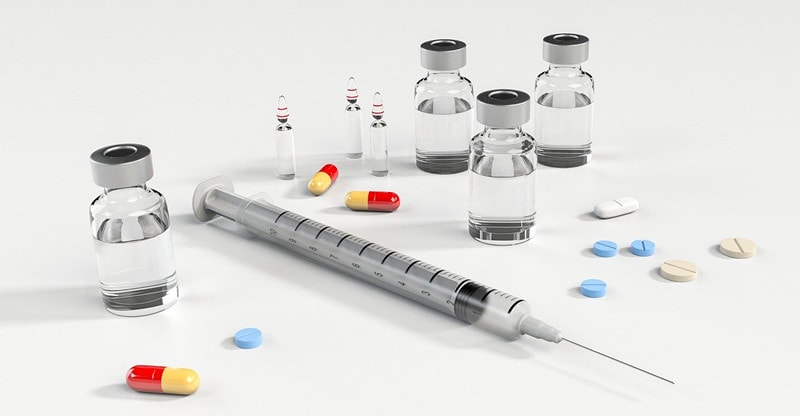 However, it is wrong to assume that the dangers of addiction are limited to such substances. The sad reality remains that among the substances that lead to addiction are legal prescription drugs; some of them may even be over-the-counter drugs.

One of the major concerns regarding abuse of prescription drugs is that they are not a threat when used properly and under a doctor’s supervision, and usually, consumers of these drugs do not realize that they are becoming dependent on them until it is too late. That is why it is crucial to know which drugs can become addictive.

In this article, we will present the five most commonly abused prescription drugs to be extra careful when using them. Chemical components used in prescription drugs can be categorized into four categories; Depressants, Opioids, Stimulants, and other components. Each of these four categories includes a number of substances and each substance shares some common qualities with others under the same category.

Morphine is a term very well recognized by most people. It is correctly associated with sedation and pain relief. It is mostly prescribed for body pain of every scale, whether moderate, severe, or chronic, as it serves as a strong painkiller. It is also prescribed for people with severe injuries, post-surgical pain, or cancer pain.

Morphine could be highly addictive when used with haste and in abundance. It falls under the category of Opioids, whose effects include drowsiness, sleepiness, pain relief, reduction of anxiety, and a euphoric sense of calmness.

The problem with using Morphine regularly is that it is very easy to develop a tolerance for it.  Tolerance means that the dose you get stops being effective, so you start taking more and more until you become addicted to it. Fear of pain is usually a strong psychological reason for abusing Morphine, even if there is no physical need for it anymore.

Oxycodone is also an Opioid pain reliever, sometimes called “Oxy.” It works by altering your brain’s reaction to pain. It is made to provide long-lasting pain relief so that a patient with severe or chronic pain would need fewer pills. Oxycodone results in muscle relaxation, as is the case with Morphine; it gives a feeling of euphoria and calmness, and it can cause tolerance and, subsequently, dependence.

Amphetamine is a stimulating substance that is mostly used to help people stay alert and awake. Not all Amphetamines are legal, but even the legal ones can cause addiction with excess use. Amphetamines are used to combat obesity and ADHD and many other conditions. The way they work is that they stimulate the central nervous system, giving an energy boost and a feeling of exhilaration and euphoria.

This makes Amphetamine on top of the most commonly abused prescription drugs. You can know more about Amphetamine and its types and effects through this URL and also learn more about recovering from Amphetamine abuse. Experts explain that Amphetamines have a major effect on dopamine neurotransmitter systems since they increase the monoamine and excitatory neurotransmission in the brain.

Benzodiazepine falls under the category of Depressants. It is used in a number of sedatives and helps in treating symptoms of anxiety attacks and sleep disorders. Negative side effects include dizziness, memory loss, confusion, and lower blood pressure.

Benzodiazepines should be used with utmost care because even the right dosage can result in dependence, as they affect the brain over a very short period of time, making the brain unable to function normally without it. A common mistake that can have dangerous repercussions is stopping Benzodiazepines intake suddenly. It needs to be reduced gradually to avoid negative effects.

Although it could be less powerful than other prescription drugs, the danger of Dextromethorphan is that it is an over-the-counter substance that can be easily accessed by almost anyone, and it is also cheaper than most other substances, making it the first choice for younger people. Dextromethorphan is a common component in cold medications and cough syrups. What it does is that it affects the brain signals responsible for cough reflexes and suppresses such reflexes, treating the cough.

Dextromethorphan is generally not addictive when taken in reasonable dosages. However, large doses can in fact cause addiction. It also has a number of adverse effects, including vomiting, nausea, diarrhea, fatigue, and even hallucination.

Finally, one thing to keep in mind is that even unregulated usage, all the above-mentioned substances could be much more dangerous when mixed with alcohol. Dependence and addiction to prescription drugs can happen to anyone. It could be intentional or unintentional and is not specific to a certain age or demographic group.

To avoid developing an addiction, always consult your doctor before taking any medication and ask them about the effects of the drugs they prescribe. If you feel any symptoms that do not seem right, do not hesitate to refer back to your doctor and make sure everything is okay. The last thing you need is for your medication to be the source of your ailment.