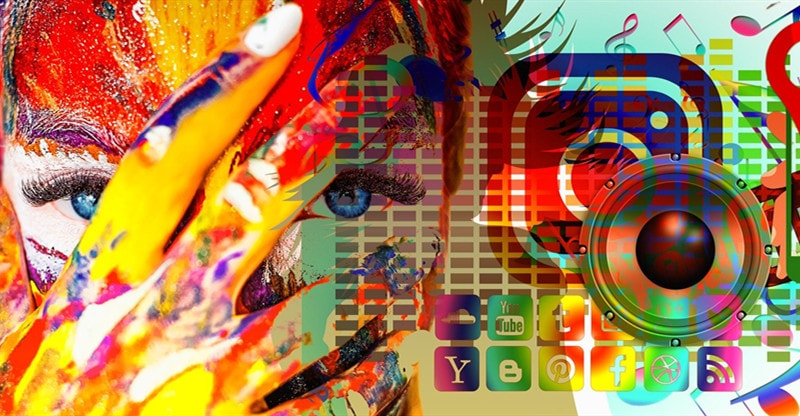 Among the many niches that marketers are currently exploiting to raise their brand awareness and dictate emerging trends, one is fashion. With the help of some of the biggest influencers, marketers are trying to control the direction of the fashion industry to their benefit.

While it can be a very difficult task to come up with a list of top celebrities who are very active influencers in the world of fashion because not only is fashion a truly global subject but also its impact and popularity can differ from one country to another.

Of course, it is no surprise that most of these celebs hail from either Europe or America as these places have traditionally led the rest of the world in the latest fashion trends. A few examples of top fashion celebrity influencers you can follow on Instagram:

Also popularly known as Zoe Sugg, Zoella Zeebo is a very popular influencer in the field of fashion and beauty, across a large number of social media platforms, including Instagram. She has her very own blog on fashion, beauty, and lifestyle that she expanded to a channel on YouTube while working for New Look, a British retailer of apparel.

Currently, she has two channels on YouTube with Zoella, her first venture on YouTube featuring videos on high fashion as well as her favorite products. Her initial success on YouTube gave her encouragement to spread across several other social media, of which Instagram has been particularly successful.

Christine Baberich made her not inconsiderable mark in the world of fashion when in 2005; she co-founded Refinery29, an award-winning media company focused on women’s fashion. Even to this day, she remains the editor-in-chief of Refinery29 that has more than 175 million users every month.

Christine also speaks very frequently on subjects as diverse as fashion, content vision, and new media in the digital world. Chosen as one of the Top Women Leaders in the Media Industry by Folio in 2016, she consults on branding for high-profile companies like Yves Saint Laurence Fragrance, Prada Beaute, American Eagle, and Nine West.

She uses social media, including Instagram, to showcase and promote the latest and the best in fashion trends. If you think you have got a great fashion sense, you can start an Instagram page too. You may, however, need to buy Instagram followers and likes to give it a little momentum in the initial stages.

Chiara Ferragni is a leading Italian fashion designer, blogger, and a very successful businesswoman to boot.

She received early recognition when in 2011; just two years after she began her blog, she was profiled by Teen Vogue as their Blog of the Year. A very successful fashion model, Chiara has been featured on the cover of several modeling magazines of repute, including Vogue, where she has graced the cover as many as three times.

She has sponsorship deals with big fashion and lifestyle brands like Chanel, Christian Dior, Tommy Hilfiger, and Louis Vuitton, Seven for All Mankind, Max Mara, and J Brand. According to HuffingtonPost, Ferragni has been very outspoken about helping those impacted by the coronavirus pandemic and also contributed 100,000 Euros to a fundraiser to assist San Raffaele hospital in Milan.

Lauren Conrad’s first brush with fame came with her appearance in Laguna Beach: The Real Orange County, an American reality TV show. Due to this involvement, she moved to Los Angeles to begin a career in the fashion world though she continued to appear in reality TV appearing in The Hills that was a spinoff of the Laguna Beach: The Real Orange County.

Though the show continued for six seasons, Lauren left after five seasons to pursue other opportunities. She went on to create two lines of fashion apparel LC Lauren Conrad and Paper Crown and also co-founded The Little Market, a fair-trade online store.

She has also authored nine books. Lauren has been featured on many magazine covers, including the Glamour magazine’s May 2012 issue that sold nearly 500,000 copies, a high for the magazine that year.

A rare male entry in a list of fashion influencers typically constituted of women, Gianluca Vacchi is an Italian lifestyle influencer and businessman whose influence extends to more than just fashion apparel.

Independently wealthy, Vacchi leads the life of a playboy and is blessed with good Italian looks, killer dance steps, a great sense of style, and male machismo that women even half his age find difficult to resist.

Very active on Instagram, his posts are a treat for those who love to follow the lives of the rich and famous. Of special interest to his followers is his vast wardrobe of stylish fashion items that he loves to show off on Instagram.

Influencers make millions of dollars on Instagram by posting promotional posts. If you want to be an influencer then start growing your audience and interact with them every day. After all, the perfect mix of communication and marketing makes you a successful influencer.